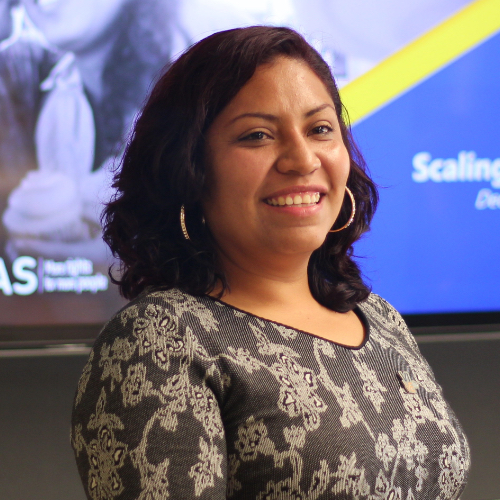 Maria Alejandra joined the POETA team as the communications official. In this role, she manages social media content, maintains public relations with the media, and administers spaces for promoting and sharing the POETA program.

She started with the Trust for the Americas as a communications officer for the VIVE project, achieving a significant milestone with the media in Mexico.

Maria Alejandra has worked as a journalist specializing in civil society organizations. She was the Director of Communications for the National Network for the Prevention of Disabilities in Mexico (RENAPRED in Spanish). At the same time, she worked as an independent manager of advertising spaces for the Organization of Ibero-American States and as an independent photographer for the PNUD.

She holds a degree in Communication and Journalism from the National Autonomous University of Mexico (UNAM).