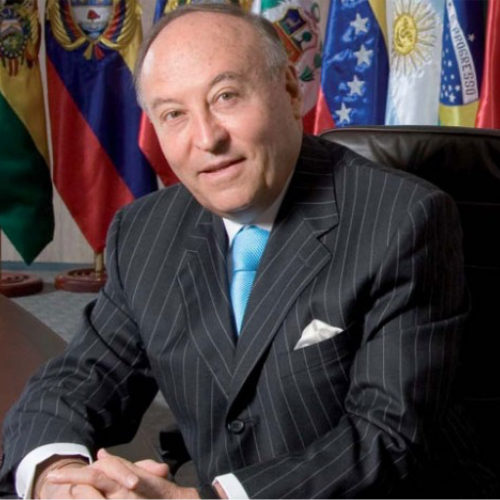 Chairman of the Board

Luis Enrique García is the Chairman of the Board of Directors of The Trust for the Americas. An economist by profession, he concluded his fifth term (25 years) as Executive President and CEO of CAF - Development Bank of Latin America in March 2017. He worked at the Inter-American Development Bank for 17 years and served as Treasurer of the institution. He was Minister of Planning and Coordination and Chief of Staff of the Economic and Social Cabinet of Bolivia. In this capacity, he was Governor of the World Bank, the Inter-American Development Bank (IDB) and FONPLATA. He was also a member and Chairman of the Board of Directors of CAF and a member of the Development Committee of the World Bank and the International Monetary Fund, representing Argentina, Bolivia, Chile, Paraguay, Peru, and Uruguay. In addition to being Chairman of the Board of The Trust for the Americas, he is currently Co-Chairman of the Ibero-American Council for Productivity and Competitiveness and member of the Board of the Council of Foreign Relations of Latin America and the Caribbean. He also participates in numerous International Boards of Directors and Advisory Councils and is a visiting professor at numerous universities, including the University of São Paulo (USP), the London School of Economics, and the Normal University of Beijing.