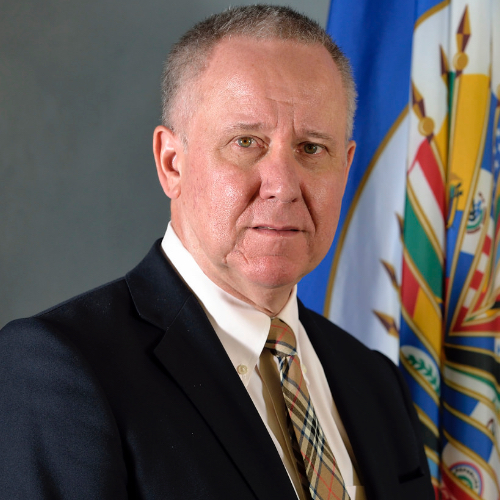 H.E. Amb. James Lambert serves as Secretary for Hemispheric Affairs (SHA) of the Organization of American States since October 1, 2015. Before joining the OAS, Lambert served for 33 years as a Canadian diplomat and Ambassador. As a leading expert on Latin America and the Caribbean in the Government of Canada, he served in Costa Rica, Japan, and Mexico, before becoming Ambassador to Guatemala and El Salvador in 2002. In Ottawa, Lambert held positions of Director General of Latin America and the Caribbean and Director General of Public Diplomacy. Between 2010 and 2015, he was appointed Canadian Ambassador to the Kingdom of the Netherlands and Permanent Representative to the Organization for the Prohibition of Chemical Weapons.